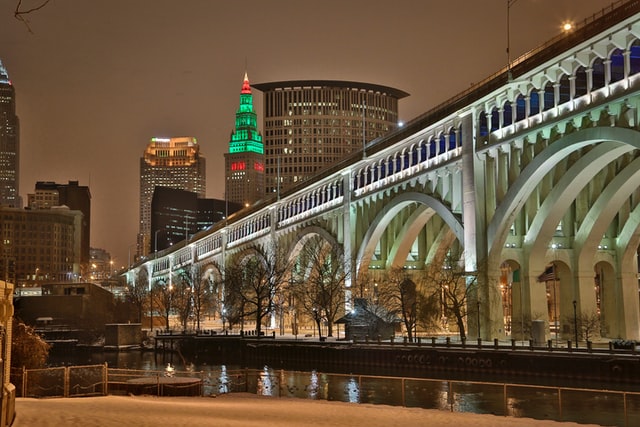 Are you living in Ohio and thinking of getting solar power for your home? Well, the good news is that the cost of solar panels in Ohio is below the average price at $2.79/w compared to other parts of the United States. (Compare to New York, New Jersey, Arizona, or Florida)

Since the Buckeye state is going big on solar power systems, there are many incentives for their inhabitants, like a strong net metering program, solar renewable energy certificates (SRECs), and state-sponsored interest rate reductions.

You’ll also see there are affordable financial options like upfront purchases and solar loans from banks and utility companies. Keep reading if you want to know more about Ohio’s solar panel pricing.

How Much Do Solar Panels Cost in Ohio?

While this is an estimate, it is possible to calculate how much solar panels in Ohio cost.

As said in the introduction, Ohio offers many incentives, like the 26% Federal Investment Tax Credit (ITC), that can reduce the net price by thousands of dollars.

Homeowners who want to know exactly how much solar installation will cost for their home will have to consider factors such as location, roof conditions, and how much power they use. Also, the type of solar panels, their quality, and the size they get can influence the final price. Usually, larger solar installations have a lower cost per watt because the panels can be purchased at a bulk price. However, these larger solar systems still have a higher total cost because they require more individual panels.

What Energy Output Can I Expect from Solar in Ohio?

As you might already know, besides the power capacity of the solar panels you install, the amount of energy your panels produce is tightly related to the amount of sunlight that gets reflected on them every day. Unlike other sunny states, Ohio is not among the states with the most peak sun hours during the day.

But don’t get discouraged! Ohio still receives a good amount of sunlight to allow its residents to set up an efficient solar power installation.

Those living in the southern third of the state will be happy to know that this part gets slightly more sunlight than the rest!

The state of Ohio is serious about solar power systems, which explains so many incentives to help Ohioans go solar.

The federal solar tax credit is the most significant incentive to install solar panels. The investment tax credit reduces the total cost of solar panels in Ohio by 26%. However, the ITC applies only to those who buy their solar power system outright (either with a cash purchase or solar loan).

People can also apply for the Energy Conservation for Ohioans program. This program lowers the prices to finance solar energy systems, with people receiving up to a 3 percent interest rate reduction on their bank loans for up to seven years.

Are Solar Panels Worth it in Ohio?

So, are solar panels worth installing in Ohio? Yes!

The first reason why solar panels are worth installing in Ohio is the leveled cost of energy. If you remain with the utility company to get your power for the next 25 years, the average cost of power comes at 25 cents per kWh. On the contrary, if you install solar power systems, the cost of electricity averages 6 cents per kWh over the same period.

On average, the net cost of residential solar systems in Ohio is $19,093 and has an annual power output of 12,989 kW. This means the payback time (assuming Cash purchase) is 11.4 years.  As you can see, the payback period is relatively short, implying a much better return on investment than the historical returns that have been available from investing in things like shares or property.

Another reason why it’s worth installing solar panels in Ohio is the fall in prices, with a decrease of more than 80% in the last ten years. Last but not least, Ohio’s incentives like the 26% federal tax credit and net metering law make solar panels a great investment.