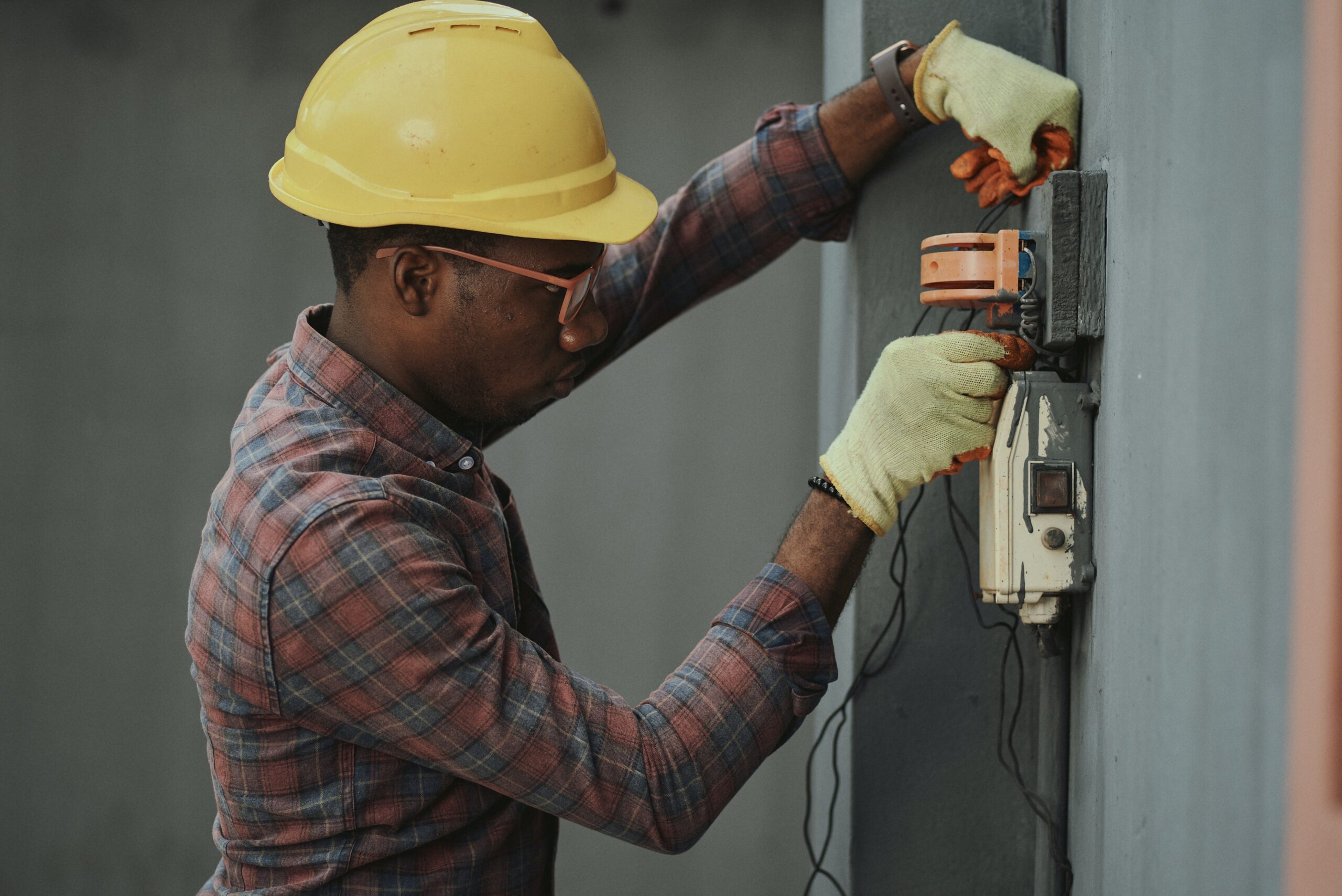 Are solar panels safe? This is an important question stopping many homeowners from going solar. Just to ease your mind, yes. Solar panel systems are completely safe and pose no significant safety risks when maintained properly.

To make things simple, you should think of your solar panels like any other of your home electric appliances since the type of risks they’re prone to are of the same kind. Also, most safety risks posed by solar panels are widely known in the industry, so there are plenty of safety devices homeowners can use to prevent any undesired hazards in their solar arrays.

If you want to know the answer to questions like are solar panels safe?, and understand the safety risks of your solar panels as well as how to prevent them, this article will help you.

To not beat around the bush: Are solar panels dangerous? No! You have nothing to fear when installing solar panels on your roof. The easiest way to understand how safe your solar panels are and the possible safety risks they can pose is to compare them to any other electric appliance of your home.

Another thing that might soothe most homeowners’ concerns is understanding that, basically, the only thing that changes when you install solar panels is the source from where you get the power to keep your appliances running. Instead of getting your power from the power pole or underground line (utility company), you’d be getting your power from the solar panels installed on your rooftop. You shouldn’t worry either about possible combustion or by-products when your solar panels work. Unlike fossil fuels, solar energy does not release any hazardous or toxic fumes, gasses, or waste during photovoltaic conversion.

There are two misconceptions about home solar power. The first one is the concern over fire hazards. Like all electronic devices, solar panels can be hazardous if there’s improper wiring or if they’ve been installed with low-quality products. That’s why it’s important to hire a well-established solar company. Most professional solar installers are certified electricians who work with utmost care and comply with government safety regulations when installing solar panels.

The second misconception is that homeowners think of solar power as heat that can start a fire. However, heat isn’t used nor created in the process. Home solar panels produce electricity through photovoltaics (hence why they’re known as photovoltaic panels.) Photovoltaics is the process of transforming sunlight into usable electricity. During the process, photovoltaic cells made from silicon act like a semiconductor absorbing photons from sunlight and releasing electrons. Each solar cell has a positive and a negative side which changes the released electrons into electricity by creating a circuit.

Four Potential Solar Safety Issues (And How to Avoid Them)

Now that we’ve already answered the question of ‘are solar panels safe?’, and demystified some solar safety misconceptions, it is time to evaluate the potential safety risks of solar panels.

While solar power safety features have come a long way, there still are a few safety concerns surrounding solar panels. Below, you’ll find four potential solar safety issues, what causes them, and the best ways to prevent them.

Like all your electronic appliances, solar panels can experience surges in voltage that harm components and increase downtime.

For those who don’t know, a power surge is a short overvoltage spike that’s well above normal levels and can damage electronic equipment. In the case of solar panels, electronic surges can be caused by natural sources, like a lightning strike, or by problems in the internal or external equipment of the grid.

The best way to prevent any electrical surges is to have a Surge Protection Device network installed throughout the solar array’s AC and DC power distribution to protect critical circuits. Since most parts of your solar array are subject to potential surges, SPDs are available for all solar array components.

Are solar panels a fire hazard? Well, they could be. However, fire risk is highly unlikely if you take proper care of your solar array.

Usually, solar panel fires result from electrical problems. Potential fire risks appear mainly in two scenarios: poorly installed solar collectors and a defective photovoltaic junction box (where wires from all of your panels connect before flowing through an inverter.)

To avoid any risk of fire, the first thing you have to do is check that your solar array respects the standards set out for photovoltaic panels, which certify the quality of the components as well as the proper assembly of the solar panels. Another practice to avoid potential fire is to monitor the inverters and junction boxes. If you have a grid-connected installation, the electrical installation must be isolated from the equipped building.

The most common causes of arc faults are corroded solder joints, faulty initial installation, aging, or bites of animals if the cabling is easily accessible.

The best way to prevent solar panel arc faults is to install a micro-inverter.

Water intrusion might seem like the most benign of all the safety issues related to solar panels. However, it’s not.

The main cause of water intrusion occurs right at the beginning of the installation process. As you might guess, installing solar roof attachments requires drilling holes through the roofing material, making any roof vulnerable to water intrusion. The most detrimental consequence of water intrusion is the corrosive internal destruction of your solar panels’ electrical components. The contact between the components and the salt and impurities of the water deteriorate and destroy the panels’ metallic components as well as reduce the solar panels’ lifespan.

To prevent water intrusion from happening, you have to eliminate the risk of leaks on your roof by water-proofing or water-shedding your roof. You should also carry out annual roof inspections to evaluate your roof’s overall condition.

Now that you’re familiar with the safety hazards of solar power, it’s time to move onto the safety mechanism you can count on to avoid the risks mentioned above.

One of the best ways to prevent electrical surges is to ground your panels and equipment. Grounding means connecting your solar electric system to the earth, so the excess and dangerous electrical currents are directed away from your home and appliances and dispersed into the ground instead. In some states, your solar panels must include a whole-house surge protector (SPDs). SPDs are installed in your electrical box and detect voltage spikes and divert excess current through a grounding path.

To protect against arc faults and minimize the risk of electrical shocks and fires, you need to install an arc-fault circuit interrupter (AFCI) outlet or an AFCI circuit breaker. AFCIs work by breaking the electronics circuit when it detects the electric arcs that are a signature of loose connections in-home wiring. When AFCIs detect low-level hazardous arcing currents, they shut off the circuit or outlet to reduce the chances of an arc fault sparking an electrical fire.

Locking connectors are the main component of your solar modules and are used to prevent misconnections. When you choose a solar connector for your project, be sure to consider factors like shape and maximum voltage in addition to just the type of connector. Since connectors are one of the most vulnerable components of your solar array, choosing a well-regarded and reputable manufacturer will be very important not only to keep your system’s efficiency high but also to reduce the risk of fires. There are five different types of solar connectors that you are likely to come across: The MC4, MC3, Tyco, Amphenol, and Radox connector types.

Rapid shutdown mechanisms are an electrical safety requirement set for solar panel systems by the National Electrical Code (NEC). In simple terms, Rapid Shutdown Systems provides a way to quickly de-energize a rooftop solar panel system. The most popular solar inverters already include automatic rapid shutdown functionality and require no additional equipment. The automatic function is activated when the AC is no longer flowing to inverters. As the mechanism detects your panels are working correctly, your panels automatically shut down to prevent hazards or damage.

AC/DC Side Mitigation is a crucial measure to minimize the level of hazard associated with an arc ﬂash resulting from arc faults. Arc flash mitigation systems in solar arrays are divided by DC (before the inverter) and AC (after the inverter). AC-side mitigation includes arc-resistant switchgear and works by redirecting arc flash energy through the top of the enclosure, away from personnel and equipment. DC-side mitigation is especially important at the combiner box, where multiple wires and cables of solar panels unite to increase the current. For large-scale systems, homeowners can use multiple string inverters that can connect multiple strings in parallel instead of using one or two large central inverters that require combiner boxes to reduce the potential for arc flash.

How Safe Are Solar Panels?

So, in the end, are solar panels safe? The answer is yes. Solar panels are completely safe once installed. The solar industry has come a long way in designing efficient and safe solar panel systems as well as diverse mechanisms to address possible solar hazards While solar panels can pose safety hazards, these occur under very specific circumstances. As you could read, the most common hazards arising from solar power are fire, electrical surges, arc faults, and water intrusion. The good news is that there are plenty of safety measures to mitigate the risks associated with solar panels and prevent them successfully.

You may also be wondering about other questions such as: How Heavy Are Solar Panels? We have you covered with this handy FAQ on solar panels to help get you started.

As long as you’ve installed your solar panels properly and keep their maintenance up to date, you shouldn’t worry about any safety risks.